I was a soldier but denounce that responsibility for what it's worth. Full of fire and brimstone with an attitude to match I killed for the ability to say I did just that. I live in the realm of the aftermath of duties I still don't understand. I live in a place where men don't feel safe and search for answers with primitive feelings then lash out because they don't understand. I live with false promises of answers and become angry because deep down inside I know I'll never really have them. We're flying by the seat of our pants without a guidebook and I feel I'm in a grey area of life. I don't see right and wrong anymore, I'm more about being different so I continue to search for answers knowing I will never know the truth. We've lost our way in this fad diet disposable world and we forget we're only tenants here. Hard work, really hard work, may be the only answer.

The rest of my military career was one disaster after another. Spending the better part of a year in hospitals taking morphine and other narcotics to survive I became addicted to drugs. The drug and alcohol abuse caught up with me at West Point when I was arrested, put on trial, and spent the remainder of my military career locked up in prison. I was discharged from Fort Dix Stockade in September of 1970 a shell of the rough and tumble kid I once was.

I floundered for the next decade in and out of Veterans Hospitals trying to get a grip on my life. The drug and alcohol abuse continued with the help of my doctors that gave meds out freely. A bullet in my spine, medical abnormalities, and Agent Orange residuals kept my life at a stand still and ate away at my very core. Bouncing from job to job I was caught up in a systemic merry go round. I was running in place and watching my friends progress leaving me in the dust.

Reacurring nightmares, flashbacks, and anxiety plagued my life at ever level and was beginning to reflect in my children. For decades I struggled as a functioning psychotic and suppressed all connections to the war and the atrocities I had committed. Being sanctioned by the government was no justification, in fact it only instilled a deeper anger that I also suppressed. I hadn't slept a full night in decades.

The formulation and diagnosis of PTSD (Post Traumatic Stress Disorder) began a new era in the emotional history of our country. Vietnam, if for no other reason, brought new light to a generation of souls that were divided at birth. THE PTSD GENERATION, as I like to call it, created a great schism in this country and this division hadn't been seen since the great Civil War. I envied those souls that took a different road and struggled with life without the added burden of guilt or perhaps a guilt that was placed in a different direction that I couldn't see. I, on a personal level, could not interact with others knowing my guilt and self loathing for my actions was an obstacle. Suppressing my thoughts and feelings was the only way I could survive and I knew if I let it out I would start to cry  and never stop. I was wound up like a coil and I couldn't unwind so I buried it deeper and kept to myself.

A day came though that was unlike any other in my life and all was not what it seemed when I reached in and touched a place I hadn't seen before. For a fleeting moment I found myself and I scrambled to retain it but I knew I would need help. I was diagnosed with PTSD and given an explanation, not drugs just a simple explanation, and for the first time something made sense. It was small but I had something to build on. I knew it wasn't going to be easy but up until now nothing was ever easy so I went at it full force and I haven't stopped since.

I calculated how many days I thought I would have in my life and came up with approximately 30,000. I was astonished at the figure because I thought I had millions. I calculated how many days I was in trauma and to my surprise the bad outnumbered the good and that was no longer acceptable. I decided that everything had to change and there was no turning back. Hard work, really hard work, was the only way for me and I hit the ground running. I constantly think about the number of days in my life fore and aft and each day I either give one away or I make the best of it.

A period of rebuilding and nationalism during the '80's ushered in the Raegan years with a lull in the aggressive imperialism of previous decades. Recession, jobs, and national debt kept America busy as we kept our heads buried in the sand and our military at rest. It was the Soviets turn to fight for a change and we simply fed the fires with finances we didn't have. When the nineties rolled around so did war as American troops or boots on the ground as they were now called were pressed into service. Movies like "Hunt For Red October, Courage Under Fire, G I Jane, and Saving Private Ryan" just to name a few instilled the power and might of the U.S. in the forefront of the American psyche.

Like the Vietnam War the Gulf War or Desert Storm was fought on TV in every household in America. General Schwarzkopf held nightly press conferences describing the technology of new Smart Bombs with accompanying videos of buildings, bridges, and infrastructure being destroyed. These press conferences were held with a light hearted attitude almost mocking the very essence of war.

To me it was war at any level and the attitude at which it was handled sickened me to the point of regression. Half hearted comments laughingly accompanied each news conference even if the collateral damage included hospitals and schools. If I felt this way then perhaps others felt the same. I decided rather than regress I would do something about it and uncover the reality of war for the heinous monster that it is. I began THE ART OF WAR programs for educators and students alike and brought the reality of war to light.

Aggressively pushing my agenda on school districts during wartime was no an easy task yet the more I spoke the more I realized it was as much about me as it was for them. Having never spoken before in public my words took on a life of their own. Feelings and emotions I forgot I had surfaced with an intensity and passion I carried as a young man. My life had come full circle and I realized that getting up after you fall can only make you bigger and better than ever and I got up. The journey, as it is in all of us, is the story. The beginning and the end are just that and are always the same, it's life and death. The middle of the story is the heart of life and it lies within each of us as the human spirit. If I let it die then my story dies with it and so I think about those 30,000 days and decide each and every day to either give one away or make the best of it. 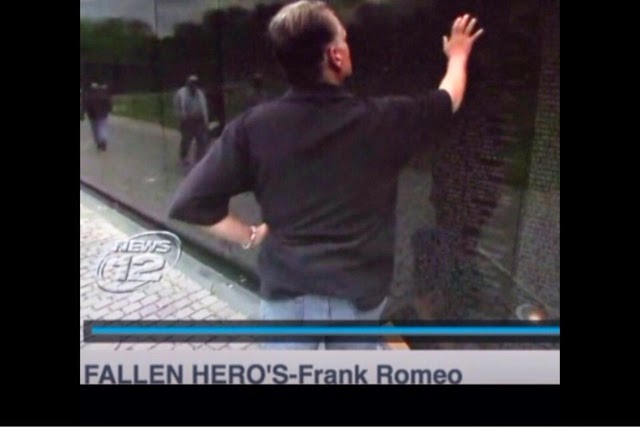 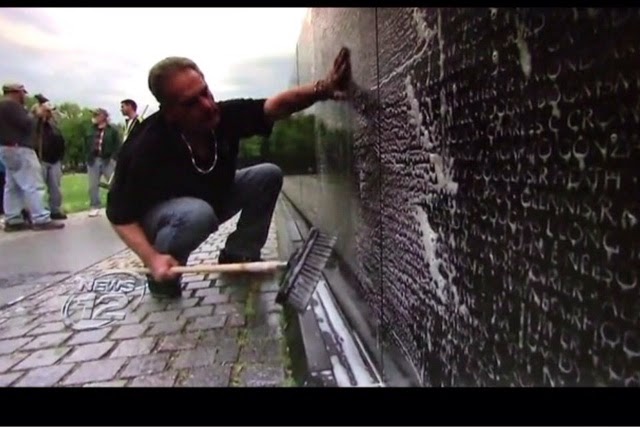 As young men and women at war we felt life and death with an intensity that is beyond any civilian emotion, and we formed bonds, as soldiers, that do not exist in everyday life. We were forever changed and will forever stand apart, for war has left its footprint on us.

So how amazing is the spirit of man! In spite of numerous failings, he continues to sacrifice his life and all be holds dear for ideals, for faith in country, for honor, for basic human responsibilities. The ideals may change but the capacity for self sacrifice continues, and it is impossible to loose hope in him. For though he is a plaything of the gods, with his spirit and his mind he fights back firmly. You must remember that nothing that can happen is likely to trample man for long and for all the sorrow, and ills of life, there is also joy and beauty.

The only way to remember the past is to move forward and carry it with you. To all my fallen friends, today I honor you, tomorrow I move forward.


Thanks to the people of Southeast Asia I have learned a valuable lesson. Life is,
SAME SAME, BUT DIFFERENT.

A special thanks for quotes, text, pictures, and historical information from;
The National Veterans Art Museum,
The Encyclopedia of the Vietnam War,
The United States Government,
and all contributing artists, bloggers, photographers, and web sites.
For a full listing of contributing sites consult the REFERENCE page.

A special thanks to GOOGLE for making this possible.